What Matters Most For Business Growth

Marketplace forces create momentum powerful enough to influence buying behavior.  They provide an advantage to those who understand and harness them.

What is a Marketplace Force? 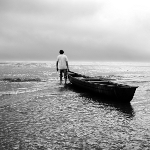 They speed you to a destination.  Trends, behaviors and events are each examples of a potential marketplace force.  Some examples include:

Why Are They Important?

They can save a lot of time and money and provide an advantage to those who understand and harness their power.  A marketplace force is like water currents:

Have you ever experienced the force of an ocean wave or the current of a raging river?  That’s what a marketplace force feels like and I have learned from experience that there are eight that matter most for business growth.

The Eight That Matter Most

Here is a list with a brief explanation of why each matters.

When I gave the full presentation, Leveraging the Eight Marketplace Forces that Matter Most for Business Growth, at an SRA International conference, it was a fellow panel member who told the audience that he had built and sold a very successful business by doing what I had just described, except he had to learn it by trial and error.  That’s the goal — to eliminate some trial and error and speed the journey.

Since life is short and so are product introduction windows, I’m going to work through this list in a series of posts beginning from the top, because #1 is the most important marketplace force to be addressed.

1. “Why Now?”  How a compelling answer speeds customer acceptance.

This entry was posted in Marketplace Forces. Bookmark the permalink.